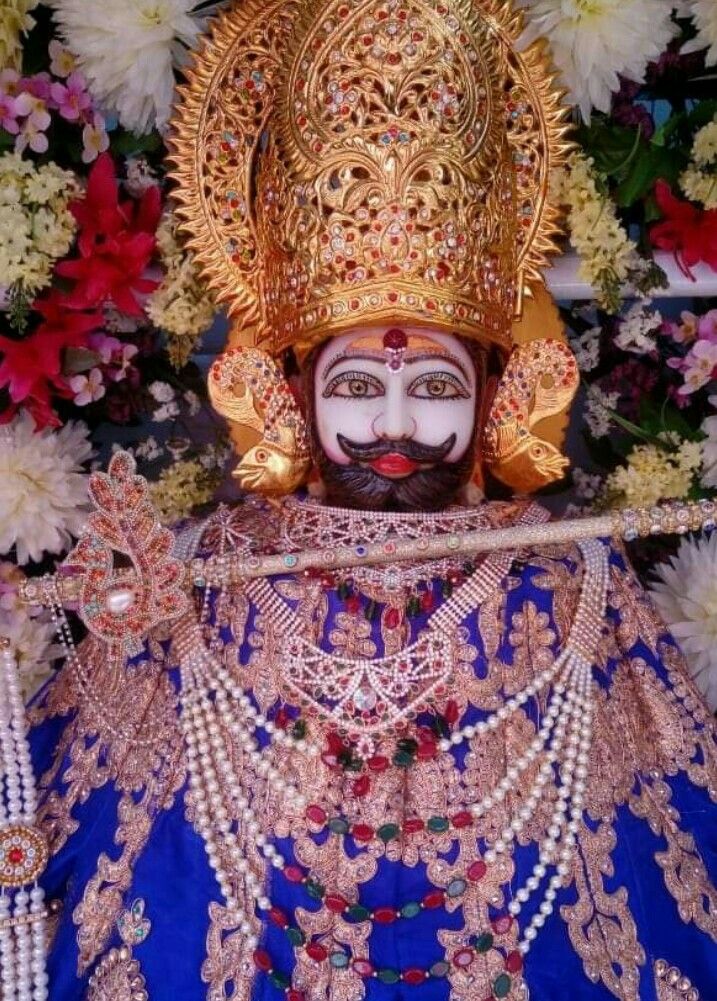 King Duryodhana of the Kaurava dynasty had built a lakshgriha to harass and kill the innocent Pandavas, but fortunately they escaped from it and started living in exile.
Once when he was sleeping in the forest, a demon named Hidamba lived near that place along with his sister Hidimbi. Then when they smelled of humans (Pandavas), seeing them, this demon said to his sister, kill these humans and bring them to me.
On the orders of her brother, she came to the place where all the brothers were sleeping with Draupadi nearby. And Bhima was awake in their protection. Seeing the form of Bhima, Hidimbi was fascinated by him and started thinking in his mind that this could be the suitable husband for me.
He accepted Bhima as her husband, regardless of his brother. After some time Hidimbi did not return, Hidimbasura came there and got angry seeing his sister talking to Bhima in the beautiful disguise of a woman.
After that, with the persuasion of Hidimbi, by the decision of mother Kunti and Yudhishthira, both of them got Gandharva marriage. During the above period, Hidimbi became pregnant and gave birth to a great son. Being childless, the boy was named Ghatotkach.
Hidimba said that the time of my stay with Bhima has ended and she went to her abhishek place, asking to meet again if necessary. Along with this, Ghatotkach also bowed down to everyone and took orders and went towards the north direction.
Soon, at the behest of Krishna, a Gandharva was married to Kamkantaka, the girl of Murdetya in Manipur, and after some time, gave birth to a great mighty son, whose beautiful hair like a lion, named him Barbarika.
For the attainment of strength, by worshiping the goddesses continuously, he got the boon of such a rare incomparable force in any of the three worlds. The goddesses asked Barbarik to stay there for some time and said that a Brahmin named Vijay would come. You will have more welfare in their company.
As ordered, Barbareek started living there. Then the victorious brahmin of Magadha country came there and worshiped the seven Shivlingas as well as worshiped the goddesses for the success of learning. In a dream to the Brahmin, he said that do spiritual practice in the courtyard in front of Siddha Mata, Barbarik will help you.
-By the order of the Brahmin, Barbarika sent all the demons who obstructed the sadhana to Yamaloka. After killing those asuras, the king of serpents Vansuki came there and asked Barbarik to ask for charity.
Then Barbarik asked for this boon if the uninterrupted penance of victory was successful. After the Brahmin’s penance was successful, he gave a boon to Barbarika to be victorious in the war. After that, the gods gave the blessings to Vijay, since then his name was Sidghasena.
After some time, preparations for the war between the Kauravas and the Pandavas started in the Kurukshetra field. On this occasion, Barbarik was also coming riding on his bright blue horse.
Then on the way, Lord Shri Krishna approached him in the guise of a Brahmin to test Barbarik. God asked him to know the mind of Barbareek, on whose behalf you have come to fight the war, then Barbareek said that
The weak side will be on his behalf and I will fight in the war
God said to Barbarik that how can you destroy the whole army with three arrows? Then Barbarik said that all the leaves of the Peepal tree in front should be marked with one arrow and the other would pierce it.
Krishna hid two leaves under his fist and feet, but on seeing all the leaves were tied with one arrow in a moment, then Shri Krishna saw that in fact it can send everyone to Yamaloka at once.
Then Shri Krishna, who became a Brahmin, pleaded with Barbarik, then Barbarik said! What do the Brahmins want, then Shri Krishna said that what is the proof that I will ask for, I will get it.
Then Barbarik said, when you have spoken about the word, you will get it if you ask for life. So Natwar said in disguise of Brahmin, I want your head donation.
Hearing this, Barbarika was shocked and said that I will happily fulfill my promise, but tell the truth, who are you, then Krishna, while telling his vast form, said that I thought that if you participate in the war, then both the families will be completely destroyed.
Then Barbarik said that you take the donation of my head, but I have one wish that I can see the war till the end. Then God said that this wish of yours will be fulfilled, then Barbarik cut his head and gave it.
With the help of nectar roots, the head was installed on the peepal tree, the highest peak of the mountain. The Pandavas were victorious in the battle that lasted for 18 days, as well as they were proud of their victory, then Krishna took them all to the place where the head of Barbarika was installed.
In front of Barbarik, the Pandavas started praising their valor. Then the head of Barbarik said that it is pointless to boast of all of you. Victory has been achieved only by the blessings of Shri Krishna.
I had seen only the Sudarshan Chakra of Shri Krishna running in this war, after which Barbarik became silent and flowers started raining from the sky. Then Lord Krishna pleased and gave a boon to Barbarik that in Kaliyuga, you will be worshiped in my name Shyam and all your desires will be fulfilled by your remembrance.

Importance
The relation of Baba Khatu Shyam is believed to be from the Mahabharata period. He was the grandson of Panduputra Bhima. There is a story that being impressed by the immense power and ability of Khatu Shyam, Shri Krishna granted him a boon to be worshiped in his name in Kaliyuga. In the incident of Lakshagriha, the Pandavas, wandering from forest to forest after saving their lives, met a demonic named Hidimba.

Best Time To Visit
October to March are the best months to visit Sikar. Falling in Rajasthan, Sikar experiences extremely hot and semi-arid summers with temperature going as high as 45 to 50 degrees Celsius. Starting from October, as the temperature begins to fall, the weather becomes pleasant to support tourist excursions. From October- March, you might need a pair of light woollens to carry along.