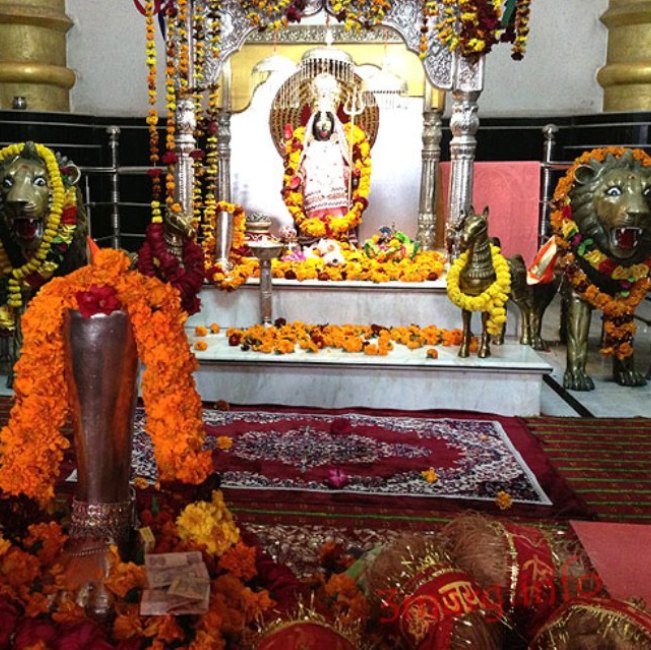 Sati was not able to withstand this insult. So, Devi Sati gave her life by jumping into the fire of Havan organized by her father King Daksh. When Lord Shiva was running around the planet carrying her body that Lord Vishnu divided the body into 51 parts utilizing his Sudarshan chakra. Out of those 51 parts, from which the ‘Right Ankle’ of Sati fell to this place.

Kurukshetra where Maa’s Temple is located is primarily devoted to pind daan and the place where Lord Krishna explained the Geeta and where the terrific fight of Mahabharat happened. Just before going to the battle, the Pandavas with Lord Krishna is believed to have visited this temple and prayed for their success of Dharma over Adharma and then later on after their success presented Maa Kali a set of horses at this temple.

Importance
As a result of this gesture, Devotees till date continue to present terracotta and metal horses in front of the deity and believe that it fulfills their wishes and desires.
It is also believed that ‘mundan’ ceremony of Shri Krishna and Balaram was performed in this temple.