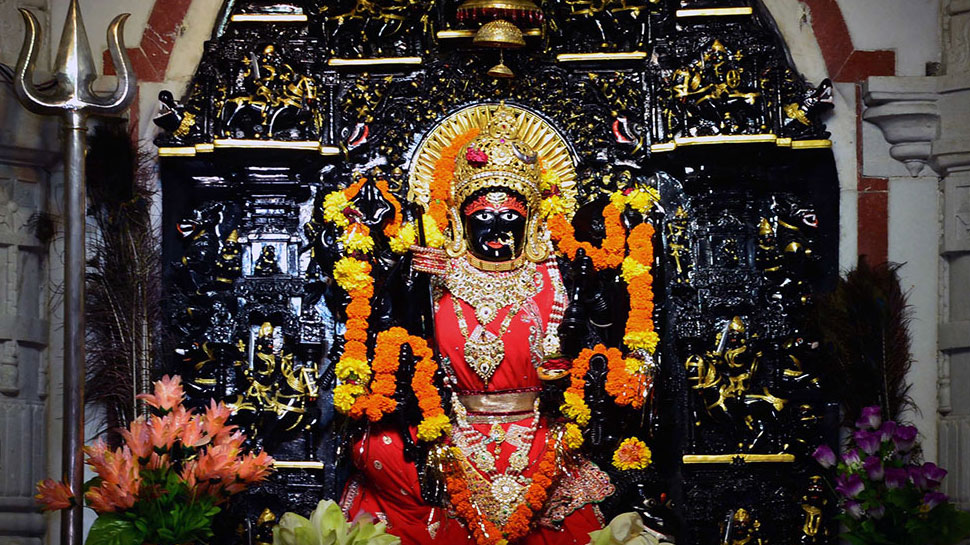 The temple faces the west and the main entrance of the temple is also in the west though there is a narrow entrance in the north. Though the influence of medieval Bengal “Char Chaala“(4 slanted roof) temple architecture is clearly visible, such a blend is unique to this place and Tripura could distinctly claim this as its own Architectural style. The temple consists of a square type sanctum of the typical Bengali hut type structure with a conical dome. A stamp featuring the Tripureswari temple was released on September 2003 acknowledging this heritage. In the eastern side of the temple there lies Kalyan Sagar (a lake) where very big fishes and tortoises cohabitat undisturbed. The Temple is located approximately 3 kms South to Udaipur town. It is popularly known as the Temple of tripura Sundari or Matabari.

Maharaja Dhanya Manikya founded the Tripura Sundari Temple in the year 1501. It is said that he actually constructed the temple for Lord Bishnu, but later on due to a revelation in his dream, he carried the idol of Mata Tripurasundari which is made up of Kasti stone from Chittagong of Bangladesh and installed it in the temple. It is considered to be one of the 51 Shakti Peethas. According to Hindu Mythology, Peethasthans are those places where the body parts of Devi Sati have fallen. As per “Pithamala Grantha”, Sati’s right foot fell here during Lord Siva’s Tandava Dance. All these information are gathered from the manuscripts of the Temple. But these manuscripts have been destroyed during the course of time. The idol of Devi Tripura Sundari is made of Kasti stone which is reddish black in colour.

Importance
Legend has it that King Dhanya Manikya, who ruled over Tripura in the closing years of the 15th century, had a revelation one night in a dream in which Goddess Tripura Sundari instructed him to initiate her worship on the hilltop near the town of Udaipur, the contemporary capital of the kingdom.

Temple Timings:-6:00 AM TO 8:00 PM
Know more about other shakti peetha’s visit this link
https://swiggywala.com/the-shakti-peethas/