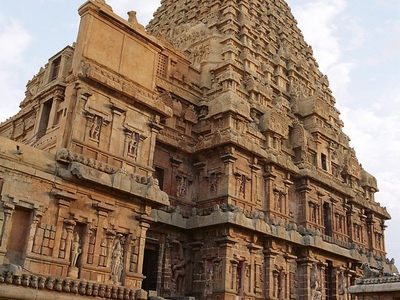 The Goddess is worshiped as “Mahisha-Mardhini and Krodish” (symbolizing the angry figure of Lord Shiva) as Vairabh. There are 51 Shakti Peetas across the country, of these 4 are considered as Adi Shaktipeeth and 18 as Maha Shakti Peethas. Book Tour Package Shivaharkaray Shakti Peeth Karachi Pakistan.
Shakti Peethas are shrines or divine places of the Mother Goddess . Lord Brahma performed a yajna to please Shakti and Shiva. Goddess Shakti emerged, separating from Shiva and helped Brahma in the creation of the universe. Brahma decided to give Shakti back to Shiva. Therefore his son Daksha performed several yajnas to obtain Shakti as his daughter in the form of Sati. Daksha, unhappy with his daughter Sati's marriage to Lord Shiva, refused to invite Shiva to the yagna he was performing. Relenting to Sati who wanted to visit her father, Shiva allowed his wife to go the yagna. There, Daksha insulted Shiva. Unable to bear her father's disrespect towards her husband, Sati immolated herself. Shiva, in his wrathful form of Veerabhadra, destroyed the yagna and killed Daksha. Lord Shiva carried Sati and wandered throughout Aryavartha in sorrow , the anger and grief of Shiva, manifested as the celestial dance of destruction, the Tandav. Lord Vishu, with the aim of stopping the Tandav, used his Sudarshana Chakra, which cut through the Sati's corpse. The parts of Sati body fell at varroas spots all through the Indian and neighboring country and these Sacred sites came to be called Shakti Peethas .
Importance
In order to return Shiva to normalcy, Vishnu used his Sudarshan Chakra, the rotating blade on his finger tip. He dismembered the body of Sati into several pieces, and wherever a piece fell on the earth, its location was consecrated as a divine shrine, or Shakthi Peeth, with deities of Sati (Parvati) and Shiva.

Temple Timings:-06:00 am to 10:00 pm.
Know more about other shakti peetha's visit this link
https://swiggywala.com/the-shakti-peethas/