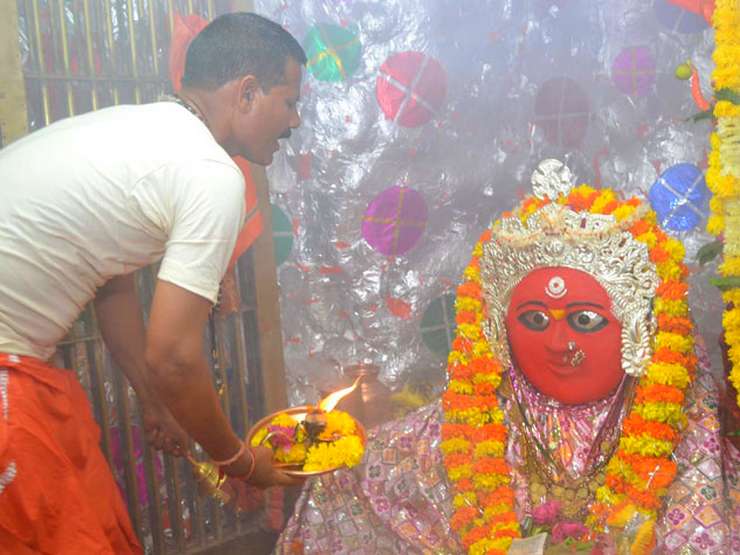 How to reach:-
From West:- Indore-> Sagar-> Mirzapur-> Varanasi-> Dhanbad-> Nandini Shakti Peeth, aproxi 1,440km
From North:- Sikkim-> Raiganj-> Malda-> Rampurhat-> Nandini Shakti Peeth , aproxi 530km
From South:- Cuttack-> Balasore-> Durgapur-> Bolpur-> Nandini Shakti Peeth, aproxi 530km
History:-
Nandini Shakti Peeth is among the 51 Shakti Peeth of Maa Sati. It is said that, the Necklace fell of maa Sati fell here, when lord Vishnu in order to relieve lord Shiva from grief of losing his wife Sati, used his ‘Sudarshan Chakra’ to incise maa Sati Body. Then, at the place of fall of Necklace, this temple was constructed. Nandini Shakti Peeth is situated in Birbhum district, West Bengal, India. Here the idol of maa Sati is called as ‘Nandini’ and the lord Shiva is worshipped as ‘Nandikeshwar’. The picturesque view presented by the Tista river is something that everyone should look for, when coming to this temple for offering their prayers to Maa Nandini. The art and architecture of the temple is very simple, but the ambience of the temple looks adorable.

Importance
It is believed that the necklace of Sati’s corpse fell here to form the Shakti Peetha when the Sudarshan Chakra of Lord Vishnu mutilated the corpse of Sati from the arms of Lord Shiva to reduce his rage.

Temple Timings:- Open 06:30 am and Close 10:00 am
Know more about other shakti peetha’s visit this link
https://swiggywala.com/the-shakti-peethas/