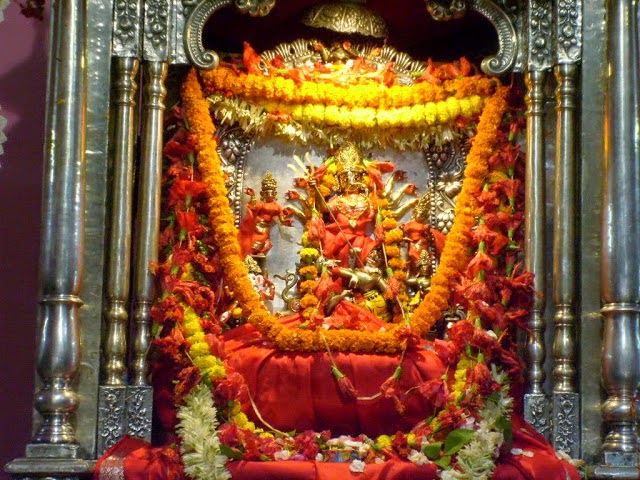 How to Reach:-
This temple is located in pakistan if you want to go to this temple from india, then you have to cross the border that too the permission of army of the both countries
History:-
Mahishamardini Shakthi Peetha is located at Karachi in Sindh , Pakistan. This Shakthi Peethas is dedicated to Goddess Durga . It is one among 51 Shakthi Peethas.

Puranas describe that the three eyes (the third eye) of the Goddess fell here after she committed Sati. The Goddess is worshipped as Mahishasuramardini, or the slayer of the Demon Mahishasur.

Her consort, the Hindu God Shiva, is worshipped in Ragi form as Krodhish, personification of anger. Shivaharkaray is third in the list of 51 Peethas identified in the Puranas.

Sati was the first wife of Shiva and first incarnation of Parvati. She was the daughter of King Daksha and Queen (the daughter of Brahma). She was insulted and hurt by her father not inviting both her and her husband to a yagna, and so she committed self-immolation at its sacrificial fire in grief.

Shiva was distraught after hearing of her death, and danced around the world in a Tandav Nritya ("devastating penance? or dance of destruction), carrying her body on his shoulders. In order to return Shiva to normalcy, Vishnu used his Sudarshan Chakra, the rotating blade on his finger tip.

He dismembered the body of Sati into several pieces, and wherever a piece fell on the earth, its location was consecrated as a divine shrine, or Shakthi Peeth, with deities of Sati (Parvati) and Shiva. sati third eye is felled in Mahishamardini temple . So this place is called Mahishamardini Shakthi Peethas.

Temple Timings:-05:00 AM to 10:00 PM
Know more about other shakti peetha's visit this link
https://swiggywala.com/the-shakti-peethas/