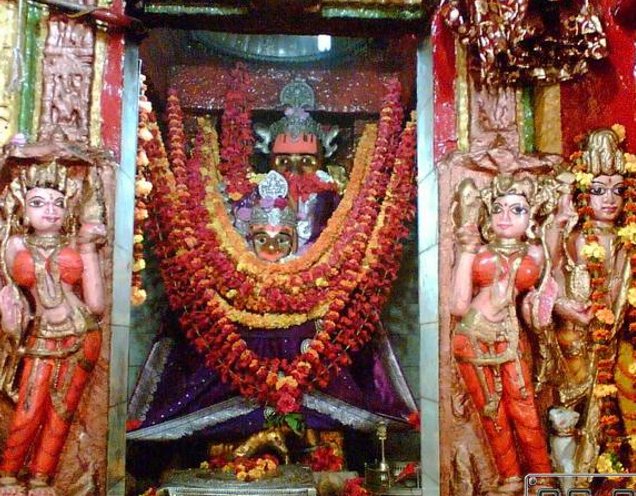 How to Reach:-
From East:-Lucknow-> Ghaziabad-> Ludhiana-> Jalandhar-> Pathankot-> Srinagar-> Baltal , aproxi 1,450km
From West:-Bikaner-> Amritsar-> Pathankot-> Srinagar-> Baltal , aproxi 1,030km
From North:- Amritsar-> Pathankot-> Srinnagar-> Baltal aproxi 520km
From south:– Hyderabad-> New Delhi-> Jalandhar-> Pathankot-> Srinagar-> Baltal aproxi 2,470 km
History:-
While Lord Shiva played around with Mata Sati’s burnt corpse and Lord Vishnu used his Sudarshan Chakra on the skull, the throat of Devi Adi Shakti is said to have fallen on top of Amarnath Cave, located in Jammu and Kashmir. A temple was built to protect and worship this part of Mother that later became known as the Temple of Mahamaya
History:-Mahamayi Shakti peeth is one of the most prominent religious places for Hindus. This temple is situated on the Amarnath mountain of Jammu and Kashmir state of India. It is believed that this temple is about 5000 thousand years old. In the holy cave of Amarnath in Jammu and Kashmir there is a glimpse of the snow-built Shivling. The snow-built Shakti Peetha is also natural made near this Shivling. This Shakti peeth is also called Parvati Peeth. This Shakti peeth is also called Parvati Peeth. The philosophy of this Shaktipeeth is only on the start of the journey of Amarnath. The journey of Arnath is very difficult; this journey is done by foot and horse. The road to travel is full of snow and stones.

This temple is one of the 51 Shaktipeeths of Mother. In this temple Shakti is worshiped as ‘Mahamaya’ and Bhairav ??is worshiped as ‘ Trisandhyasvar ‘. According to the Puranas, wherever the pieces of the sati, the clothes or the ornaments held, have fallen, wherever Shaktipeeth came into existence. They are called the most sacred shrines. These shrines are spread across the entire Indian subcontinent.

According to mythology, Goddess Sati gave her life by jumping into the fire of Havan organised by her father King Daksheshwara. When Lord Shiva was running around the earth carrying her body then Lord Vishnu divided the body in 51 parts using his Sudarshan chakra. Out of those 51 parts, from which the ‘throat’ of Sati fell to this place.
Importance
According to legend, Lord Shiva was giving the lesson of immortality to his wife, Parvati, at this place. The neck of Goddess Sati fell on this place. This temple is located in the holy cave of Amarnath itself. Shiva Bhairo is worshiped as Trisandhyeshwar, and Goddess Parvati is recognized as Mahamaya Shaktipeeth.

Temple Timings:-6:00 AM to 6:00 PM
Know more about other shakti peetha’s visit this link
https://swiggywala.com/the-shakti-peethas/