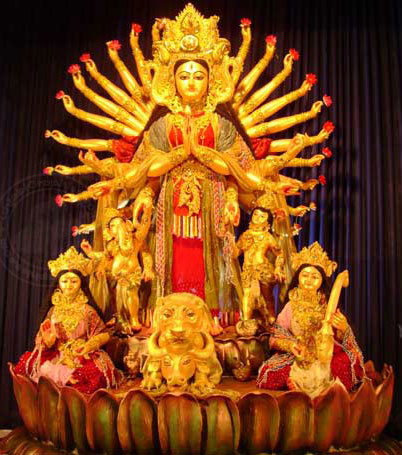 Vishnu took his bow and cut the body of Sati into fifty-one pieces with his arrows. And wherever a piece of the Divine Mothers body fell on earth, that place became a Shakti Peetha.