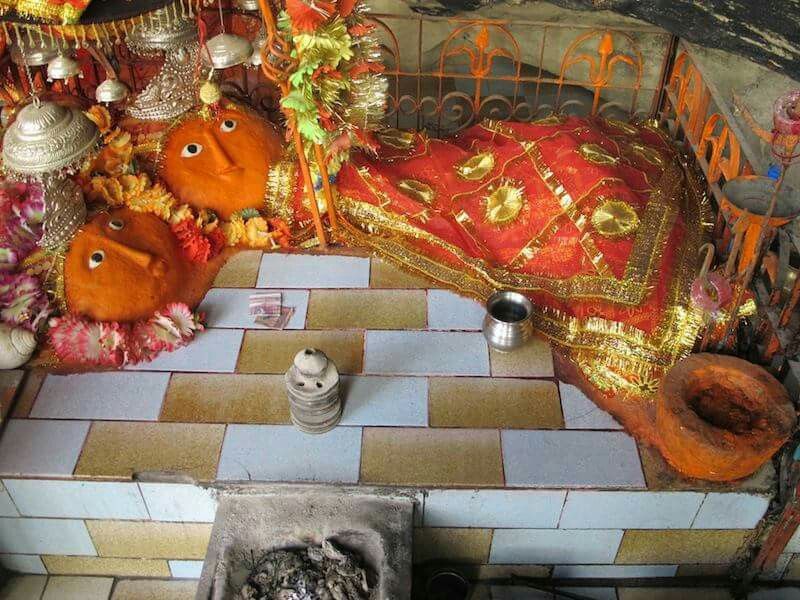 How to Reach:-
This temple is located in pakistan if you want to go to this temple from india, then you have to cross the border that too the permission of army of the both countries

History:-Hinglaj is one of the 51 Shakti Peethas in Hindu religion. As per scriptures, brahmarandhra – a portion above the forehead of Mother Sati had fell on earth after the infamous Daksha Yagna incident in which Sati, wife of Shiva self immolated herself while her father Daksha who insulted Lord Shiva.

A grieving Shiva wandering with the corpse of Mata Sati caused imbalance in the universe. In order to save the universe Lord Vishnu with his sudarshana chakra cut the body of Sati and wherever the parts of her body fell, they became great energy centers – a Shaktipeeth .

The original Hinglaj Mata temple is situated in Balochistan on the banks of Hingula River.

Hinglaj Mata Murti is always covered with Hingulu or known as Kumkum thus she came to be known as Hinglaj Mata or Hingula Devi.

Importance
The chief legend of Hinglaj Mata relates to the creation of the Shakti Peethas. Sati, daughter of Prajapati Daksha, was married to the god Shiva against his wishes. Daksha organized a great yajna but did not invite Sati and Shiva. Uninvited, Sati reached the yajna-site, where Daksha ignored Sati and vilified Shiva.