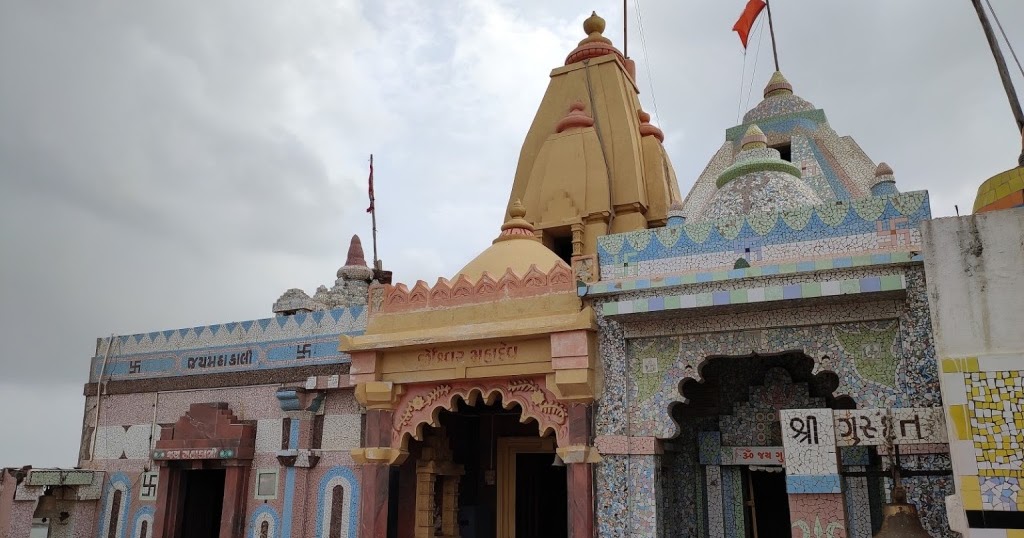 How to reach:-
From East- Kanpur-> Ujjain-> Dahod-> Junagarh-> Chandrabhaga devi Temple, aproxi 1,460km
From North– Barmer-> Sanchore-> Patdi-> Rajkot-> Junahgarh-> Chandrabhaga devi Temple , aproxi 700km
From South-Mumbai-> Vadodara-> Batod-> Junahgarh-> Chandrabhaga devi Temple , aproxi 880km
History:-
The Chandrabhaga devi Temple Prabhas Shakti Pith is located in Veraval district of junagadh gujarat.The temple is dedicated to Goddesh Chandrabhaga devi.The temple is identified with the holy confluence of three rivers, Hiran, Kapila and SaraswathiPrabhas Shakthi Peeth is the place where Sati’s Stomach fell. Prabhas Shakti Peeth is among the 51 Shakti Peeth of Ma Sati. It is said that, the stomach of Maa Sati fell here, when lord Vishnu in order to relieve lord Shiva from grief of losing his wife Sati, used his ‘Sudarshan Chakra’ to incise Maa Sati Body. Then, at the place of fall of stomach, this temple was constructed. Prabhas Shakti Peeth is located near Veraval, near Junagarh district of Gujarat. Ahmedabad is not very far from this place. Since this temple is situated near to the metro city of India, so the transportation to this place is quite good. Here the idol of Maa Sati is called as ‘Chandrabhaga’ and the lord Shiva is worshipped as ‘Bhakratunda’. Meaning of Chandrabhaga is throne of moon and depicts power.
Importance
It is also known as the abode of Lord Somnath (Som or Chandra’s Nath or Lord ie Lord Shiva) due to the belief that Chandra Dev worshiped Lord Shiva by installing Shivling on this holy land. On this world famous temple, religious euphoria of devotees is seen.

Temple Timings:-6 am to 8 pm
Know more about other shakti peetha’s visit this link
https://swiggywala.com/the-shakti-peethas/