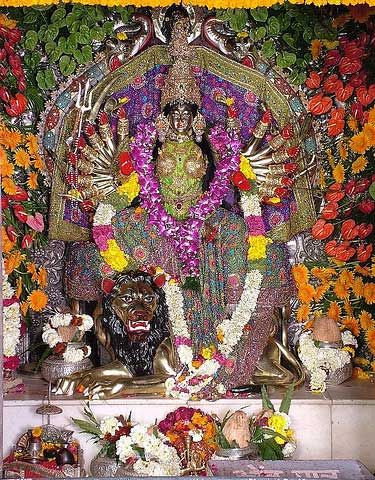 Sati was not able to withstand this insult. So, Devi Sati gave her life by jumping into the fire of Havan organized by her father King Daksh. When Lord Shiva was running around the planet carrying her body that Lord Vishnu divided the body into 51 parts utilizing his Sudarshan chakra. Out of those 51 parts, from which the ‘Upper Lip’ of Sati fell to this place. Here Sati is called Avanti or maa Avantika and Lord Shiva is called Lambakarna.
Importance
Avanti Maa is worshipped as Mahakalika—goddess of destruction—whose idol is kept covered in a red garment, with her tongue lolling out. Kalidasa is believed to owe his knowledge to Avanti Maa’s grace when she wrote the Kumarasambhava on the poet’s tongue

Temple Timings:- 06.30 AM To 07.00 PM
Know more about other shakti peetha’s visit this link
https://swiggywala.com/the-shakti-peethas/