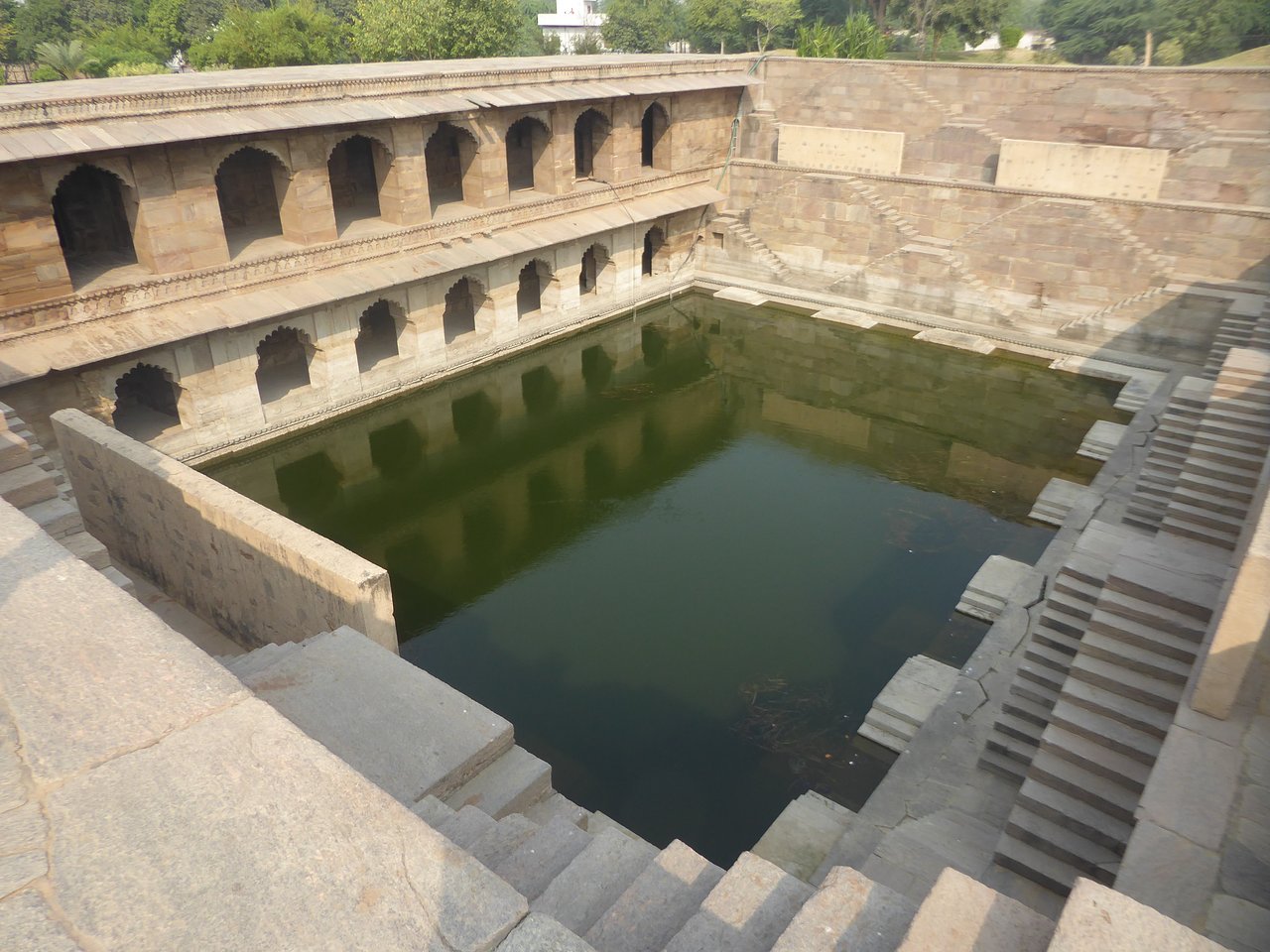 This is the splendor of the pool
This kund is famous all over the country for its unique construction art. Hundreds of stairs are made in this pool, on which any person descends from the stairs. Can’t climb back from them.There are three more slopes of the pool as a labyrinth step. On the west side Tibere is built. There are seven doors in the two-storey built Tibars, and the balcony is about two meters long.There is a Ganesh idol peeping in the pool below the Tibaro. Despite being about seven centuries old, this pool still stands firmly. In ancient times, there used to be a stoppage of the royal processions in the middle of a long journey at the said place.The film Paheli, based on the story of ancient story writer Vijaydan Detha, revives the memory of heritage once again. In this, earlier the king used to hold the processions of the Maharajas, in the filming the filming of the processions of film stars was done.

love became immortal like this
Historians say that in Vikram Samvat 1398 (AD 1342) Zeta Meena defeated Deva Hada, the ruler of Bundi, and captured Kale and wanted to marry Hadirani, the daughter of Deva Hada.Here, Rao Rupal, the ruler of Toda, was a fighter at that time. On seeking the help of Hadirani, Toda ruler Rao Rupal defeated the Meenas of Bundi and again handed over the kingdom of Bundi to Deva Hada.Impressed by this, Hadirani fell in love with Rao Rupal and later married. In order to make the unbreakable love memorable in the wedding anniversary, in the same Samvat, Rani Hadi got the above pond constructed in her own name.Dinesh Sharma, a retired teacher from the town, says that this pool was constructed at the cost of hero-emeralds in half of Hadirani Kanchuki (Kanchali). The diamonds studded in the queen’s stone were so valuable that this pool was built at their cost.

Places To Visit Near
1.Bisalpur Dam
2.Bisal Dev Mandir
3.Toda Raisingh Mahal
4.Fish Aquarium Bisalpur
Importance
Hadi Rani Kund, a witness to the historical splendor of Har, is famous for its construction art. This pool was built in the memory of Hadi Rani. The pool made of boulders in an area of ​​about 2 bighas is famous for its architecture, which still amazes the tourists visiting here.