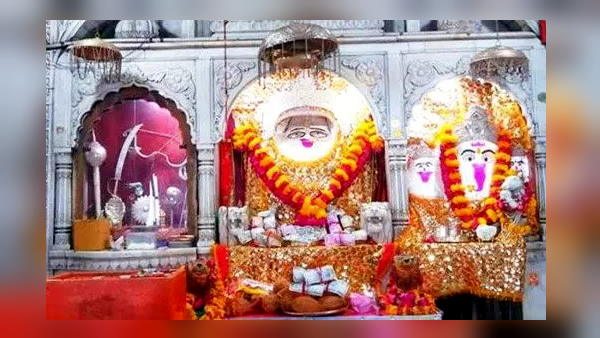 This city comes in the Tonk-Sawai Madhopur Lok Sabha constituency of Rajasthan and the assembly constituency of this city seems to be Khandar. The Chauth Mata temple here is famous all over Rajasthan. The Barwara city of Chauth is a Meena and Gurjar dominated area, situated in the lap of the Aravalli mountain range. This small town, popularly known as Barwara, became famous in the name of Chauth Mata in Samvat 1451 as Chauth Ka Barwara, which has remained till the present.Apart from Chauth Mata Temple, there is also a grand temple of Lord Shri Devnarayan ji and Meen Bhagwan in this city. On the other hand, Chauth Mata Trust Dharamshala is an important place to stay for all the religious people.

History
The entire history of Chauth Ka Barwara revolves around Chauth Mata Shakti Peeth, in this village there is a grand temple of Chauth Bhavani which is situated at a height of 1100 feet above the Aravalli Shakti Giri mountain range, this temple was established by Maharaja Bhim Singh Chauhan in Samvat. In 1451 on the mountain of Barwara. The present Chauth ka Barwada was known as “Barwara” in ancient times, which has been a part of Ranthambore kingdom, Bijal Singh and Bhim Singh Chauhan have been prominent among the prominent rulers of this region.
Chauru and Pachala, which have become villages near the Barwara area, were the main places of stay of the tribals in the Ghanghaur forests in ancient times. The first statue of Chauth Mata is believed to be around the Chauru forests. According to a legend, it is said that in ancient times a horrific fire beam appeared in the Chauru forests, which caused the destruction of Darud Bhairo. Seeing the miracles of this statue, the tribals of the forest fell in love with the statue.And on the basis of their clan, they started worshiping it in the name of Chaur Mata, later the name of Chaur Mata gradually became Chauth Mata and later on this name became Apabhramsha and Chauth Mata. Where it is said that this mother was first worshiped by the people of Chaur i.e. Kanjar caste as their Kuldevi, later the tribals also considered it as their Aaradhya Devi who belonged to the Meena tribe.
This has been the reason that Chauth Mata came to be known as the Kuldevi of the tribal Meenas. Years later, the idol of Chauth Mata suddenly became extinct from the formidable forests of Chowru, which is very difficult to say accurately, but after years, the same statue appeared in the dream of Maharaja Bhim Singh Chauhan in the Pachala foothills of Barwara region, but Bhim Singh Chauhan ignored it. where does it goThat once Maharaja Bhim Singh Chauhan had a dream in the night that I am forgetting the tradition of playing hunting, because of this dream Maharaja Bhim Singh Chauhan decided to go hunting, Maharaja Bhim Singh Chauhan decided to go from Barwara in the evening. and started preparing to hunt. The name of the queen of Bhim Singh Chauhan was Ratnavali. It is said that Ratnavali forbade Raja Bhim Singh Chauhan not to go hunting.But Bhim Singh avoided the matter by saying that “Chouhan, once aboard, comes down only after hunting”. Thus ignoring the Queen’s words, Bhim Singh Chauhan along with his soldiers marched towards the dense forests. It was evening but Bhim Singh Chauhan kept on moving in search of prey in the jungles, suddenly Maharaja Bhim Singh Chauhan caught sight of an antelope and started chasing the deer.The soldiers also started moving with the king, but due to nightfall in the forests, all the soldiers got away from each other. Maharaja Bhim Singh, as it was night, decided to chase the deer with the aim of the sound and proceeded towards the deer. The deer slowly disappeared from the sight of Bhim Singh Chauhan. By the time all the soldiers of the king had lost their way from the king.Bhim Singh Chauhan looked all around but he did not have any soldiers and started searching for the source of water because he was very thirsty. Even after many efforts, when water was not available, Bhim Singh Chauhan fainted and fell in the forests. Bhim Singh started seeing the same statue in the Pachala foothills in his dream. Then suddenly it started raining heavily and the clouds started roaring and lightning started.When the king’s unconsciousness broke due to rain, the king sees that water was visible all around, the king first drank water and saw that a girl herself was seen playing in the form of a child as bright as the sun in the dark night. Bhim Singh Chauhan Seeing that girl, he was a little scared and said that hey Bala, what are you doing alone in this forest? Where are your parents, the little girl started laughing after listening to the king.And the parrot said in the voice that O king, tell me whether your thirst is quenched or not, Bhagwati came in her real form after saying this, as soon as the king fell at the feet of the mother and said, O Adishakti Mahamaya, I do not want anything from you. If you are happy with me, then you should always stay in our area! Bhagwati Shivmaya disappeared by saying to Raja Bhim Singh Chauth, where is Mata Chauth, Rajan, your wish will be fulfilled.The king got the idol of Chauth Mata from where Mahamaya disappeared. With the statue of the same Chauth Mata, the king went towards Barwara, the king told the whole situation to the people coming to Barwara, and in Samvat 1451, on the top of the mountain in Barwara of Adishakti Chauth Bhavani, established Magha Krishna Chaturthi by law.Since then till today, on this day, Chauth Mata’s fair fills in which lakhs of devotees from India keep coming to seek the blessings of the mother. For Bhim Singh Chauhan, the above proverb is going on even today: – Chaoru Chhod Pachalo Chodyo, Barwada Dhari Malan, “Bhim Singh Chauhan Ku, Maa Di Parchya Parman In this way, after adding the name of Chauth Mata to the Barwara region, Maharaja Bhim Singh Chauhan renamed this area as Chauth Ka Barwara.

Chauth Mata Shakti Peeth located in Barwara is considered to be the most famous of the famous Chauth Mata temples in India for Suhag Puja, so it will not be an exaggeration to call Chauth Ka Barwara by the name of Shakti Nagar, Chauth Mata’s first place is Chauru, While the second has been Pachala village, from Samvat 1451 to the present, this temple is situated on Chauth Ka Barwara. Chauth Mata is considered to be the Kuldevi of thieves and Kanjaro and tribals In this, Chauth Mata has a special place as the Kuldevi of Meena tribe’s Nareda Gotra, even today, during Navratri worship in Meena tribe’s Nareda Gotra, by making a trident as a symbol of mother and Nahar’s paw in the form of Nareda’s son. The practice of worship has been going on since ancient times. According to legends, the Barwal Gautra of Meena Samaj also considers Chauth Mata as their Kuldevi. After many years Malhar, the ruler of Indore Gharana Rao Holkar planned to attack Jaipur by gathering an army at Sawai Madhopur. When Holkar started moving towards Jaipur, Thakur of Barwada wanted to understand Holkar that he should make a treaty with Jaipur and not war, the said statement was as follows: – Listen Holkar Baat Mam, Jasi Apanon Thav, “The Zappers were after the victory, the first Hamro”. On hearing this, the Thakur of village Barwada got furious and said with pride :- Paan ki beedi chabkar, Thukat lagai bar, “Garh Barwada Bhed Due, Mharon Naam Malhar
In the end, a fierce battle continued between both the armies, the Barwara court was about to lose that “Chauth Mata miracle happened and flames started rising all over the fort, Malhar Rao Holkar started seeing Rudra form of Chauth Bhavani all around, which made Holkar nervous. Gaya and fled barefoot with his army towards Indore.

Importance
Chauth Ka Barwara is a Meena and Gurjar dominated area situated in the Aravalli mountain range. The name of Barwara was declared as Barwara of Chauth in the name of Chauth Mata in 1451. Apart from the Chauth Mata temple here, there is also a grand temple of Lord Pisces. Chauth Mata Temple is on a hill about a thousand feet high.

Best Time To Visit
January and December are the best month to go for holiday or travel to Chauth Ka Barwara.