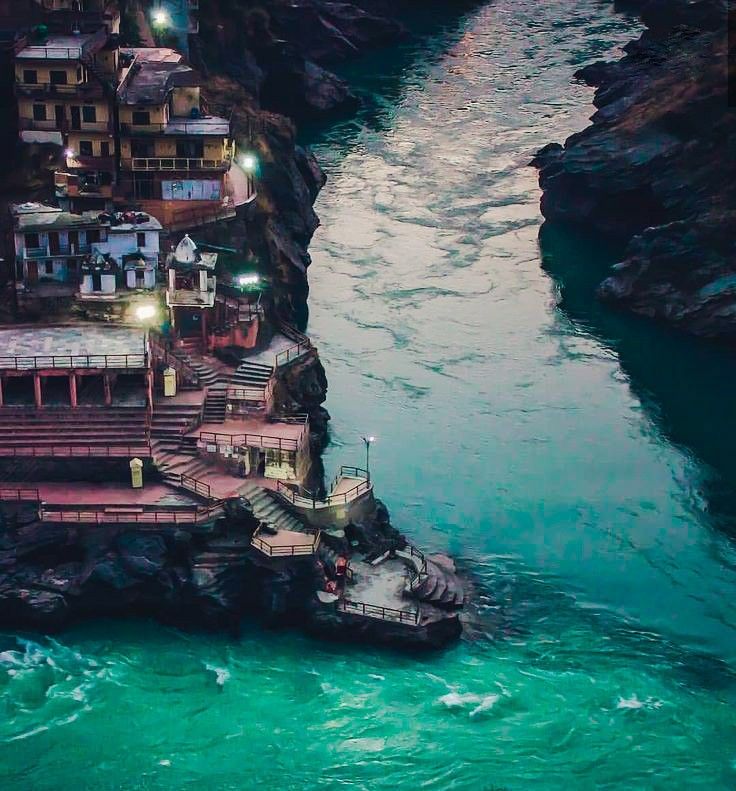 All cities of Uttarakhand have a history in their own right, but Devprayag has its own unique history. This town is a place of Pandits who belongs to Badrinath Dham. Those who do not know where the rise of the Ganges is due to them, we should tell them that the birth of Ganga starts from here after the merging of two rivers named as Bhagirathi and Alaknanda. Bhagirthi comes from Gangotri and Alaknanda comes from Satopanth and Bhagirath Kharak glaciers.

Situated at the confluence of the Alaknanda and the Bhagirathi, the town of Devaprayag lies at an altitude of 472 m. on the metalled road running from Rishikesh to Badrinath and about 87 km. from Narendra Nagar. The town is the headquarters of the tehsil of the same name and is one of the five sacred prayags (confluences) of the Alaknanda. Tradition has it that the town is named after Dev sharma, a sage, who led a life of penance here and succeeded in having a glimpse of God.

The lovely and divine beauty of this town attracts the lot of tourists here and it is also believed that Lord Rama and King Dushratha did meditation here. For the tourists who have a devotion faith in their heart, the ancient and great temple of Raghunathji is claimed to have been erected some ten thousand years ago and is built of massive uncemented stones. It stands upon a terrace in the upper part of the town and consists of an irregular pyramid capped by a white cupola with a golden ball and spire. Religious ablutions take place at 2 basins excavated in the rock at the junction of the holy streams – on the Bhagirathi known as the Brahm Kund and the other on the Alaknanda called the Vasisht Kund. The temple, along with the other Buildings of the town, was shattered by an earthquake in 1803 but the damage was subsequently repaired through the munificence of Daulat Rao Sindhia. The temple is visited by a large number of pilgrims every year.

The town is the seat of the pandas of the Badrinath Dham and possesses a post and telegraph office, a public call office, a police out-post, a dak bungalow of the public works department and a hospital.

Besides the temple of Raghunathji, there are in the town Baital Kund,Brahm Kund,Surya Kund and Vasisht Kund; the Indradyumna Tirth,Pushyamal Tirth, Varah Tirth ; Pushpavatika ; Baitalshila and Varahishila ; the shrines of Bhairava, Bhushandi, Durga and Vishveshvara ; and a temple dedicated to Bharata. A bath at Baithalshila is claimed to cure leprosy.

Importance
It is one of the five sacred confluences in the hills and is an important place of pilgrimage for devout Hindus. “Devprayag” means “Godly Confluence” in Sanskrit. According to Hindu scriptures, Devprayag is the sacred place of merging of two visible heavenly rivers, Alakananda and Bhagirathi, to form the holy Ganga.

Best Time To Visit
Devprayag is a place that can be visited anytime throughout the year and thus the best season to visit Devprayag happens to coincide with your free time, any season throughout the year. Summers are pleasant with moderately cool climate in Devprayag and generally last between the months of March to May