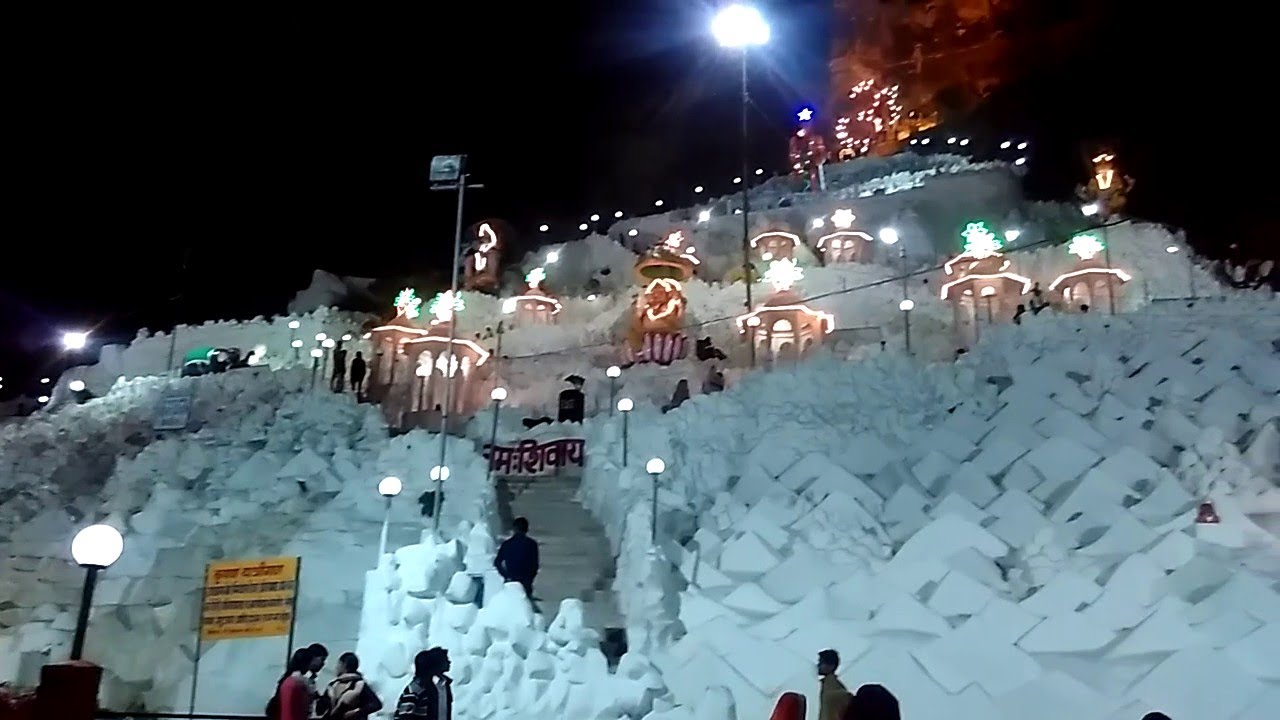 Shree Ghushmeshwar trust welcomes you to the holy place of the 12th Jyotirlinga. Ghushmeshwar Jyotirling is abode of Lord Shankar. Its abode is nestled in the picturesque Devgiri hills in Shiwar, District Sawai Madhopur, State of Rajasthan in India,
Also known as the name of Shree Ghushmeshwar Jyotirling. Dedicated to Lord Shiva, ancient Shivad Temple is situated next to a small old fort. This is an ancient temple of Lord Shiva with modern presentation of different God & Goddesses under the old fort. This is worthwhile to see and is a very good picnic spot surrounded by Mountains and Natural Water Pond. It is also known as Dwadash (12th) Jyotirlingas of Lord Siva.
Shri ghushmeshwar jyotirlinga(shivalya), is situated at shiwar village of distt Sawai Madhopur, Rajasthan and lies at 3 kms off Isarda railway station along kota-jaipur rail route. It is by its worshippers hailed as 12th Jyotirlinga of loard shiva on the basis of a plethora of evidence deducated from location, folk tales and architectural and geographical facts enshired in ‘ puranas’ legend has it that a Brahmin, by name Sudharma lived in distant past in vicinity of Devagiri hills, whose wife Sudeha, had not been blessed with offspring. She is therefore, got her younger sister Ghushma married to her husband.
Ghushma was a devotee of lord Shiv, whose devotion to Great Loard mahadeva got her
the birth of a son from her husband. Sudeha, her elder sister, got envious of Ghusma’s honour and happiness, which ultimately resulted in assassination of newly married son of Ghushma whose used to dispose the parthiva Shiv Lingas everyday after worshiping. By the next morning when the bride found the bed os
her mother-in-law. On information Ghushma did not lose her temper and she kept worshiping as usual.
The following day Lord shiva gave his ‘Darshan’ by appearing before Ghushma when she was immersing idols of Lord Shiva after worship. pleased by her devotion Lord Shiva not only resurrected her son but also granted a boon to her that he would always abide in this place as Ghushmeshwar after the name of Ghushma.

Historical Facts
On the basis of historical facts it came to picture that Mohmood Gajnavi sent his army commander Masood with army to loot & damage this famous welknown temple in Vikram Samvat 1081. Maharaja Chander Sen Gaur along with his son Indrasen,Army chief Rewat & 3000 Army men got died in presening the temple from enemies in battle.In the memory of death of queen & priestess there are memorials. Letter on in 1179 the temple was rebuild by king shiv veer singh chauhan.The king invited two welknown brahmins from Mahrishi Vashishtha Origin from Pushkar for worship of tample.

In the year of 1358, en route ranthmbhor to fight Rana Hamir,Khilji sent army unit under malik kafur to destroy the newly built temple. The army unit caused big devaststion to village and granaries.The army unit also began dismantling the temple but had to stop owing to night. In the dream that night Khilji saw a half nacked tri-eyed,trident handling, Kamndaldhari,exotic personalty prepared to kill him. A feared Khilji could not sleep the whole night The next morning he revealed the dream.Then the pujari of the temple told him that the deity in the dream was none other then lord Shiva him self who can turn the universe into ashes just by the fire of his 3rd eye.Hearing this a feared Khilji decided not to destory the temple and proceeded for Ranthmbhor.

Importance
Gushmeshwar Temple is one of the most sacred temples of Rajasthan as well as one of the most religiously important places of Hindu Mythology. The temple is dedicated to Lord Shiva and considered one of the 12 Jyotirlingas of Shiva.

Best Time To Visit
If, you are planning to come to explore the beauty of this place then the best time to visit Sawai Madhopur is the time from October to April. The summers begin from end of March and remains till the end of the month of June.